Pasolini and the Jesus Question 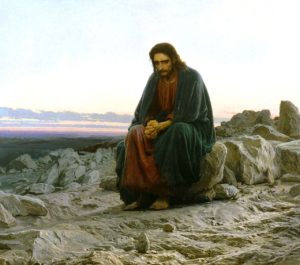 When asked if the Gospel was a source of consolation for him, Italian director Pier Paolo Pasolini, replied that when it came to the Gospel of Jesus Christ he ‘completely rejected the idea of consolation,’ adding that he saw the gospel as ‘a great intellectual work that fills, integrates, regenerates, sets one’s own thoughts in motion.  But consolation?  What use is consolation?’ As a self-proclaimed Marxist non-believer, one may be tempted to think that Pasolini’s response merely reflected a secularist view of reality, however, in the same interview, Pasolini states that his view of reality is not ‘natural or secular,’ but rather one which sees everything as ‘a little bit miraculous,’ a view of the world that was in ‘a certain way religious.’ It is these seemingly self-contradictory world views that come to the fore in Pasolini’s presentation of the figure of Jesus Christ in his film, The Gospel According to Saint Matthew, and ultimately leave the viewer with a question to answer, who is Jesus Christ?

Pasolini’s depiction of Matthew’s gospel stays remarkably faithful to the biblical text, and when combined with the jump-cuts in editing, the viewer feels as though they are viewing the scriptural text come to life just the way it was written.  This sensation is further reinforced through the use of camera angles which place one in the position of the onlooker, the technique being especially dominant in the scenes following the arrest of Christ, where the viewer is able to watch the scene from the viewpoint of first Peter and then John.  Together, these factors combine to provide an art gallery like experience of the gospel.  Instead of watching a continuous story as with most movies, the viewer is brought from scene to scene, hearing the story being told out loud with minimal acting, allowing for the text to speak for itself.  This element is further emphasized by the fact that, for the most part, Pasolini used Italian peasants instead of professional actors, which he thought to be the closest thing available to the Jewish peasants described by the text.

The reason for this choice of casting, as Pasolini explains, was that “the rule that dominated the making of the film was the rule of analogy.”  The analogy is communicated via a Baroque style portrayal that results in an interesting visual tension as (from a contemporary standpoint in relation to Pasolini) the viewer is seeing an almost word for word depiction of the biblical text acted out by people whom they might encounter in day to day life.  Thus, the viewer is brought into an almost surreal encounter with the gospel text, and thus, with the person of Jesus Christ.

Other than his mundane look, there is nothing normal about the person of Christ as portrayed by Pasolini.  Under the direction of Pasolini, the figure of Christ is disquieting, weird, and almost scary.  It is not the kenotic Christ that would seem to fit well with the rest of the film’s ambiance.  Pasolini’s Christ is powerful, harsh and abrupt in tone, heals instantaneously, and dispels the temptations of the devil with formulaic confidence.  Yet, this same confident character can be brought to joy at the sight of children or moved to tears in fear, giving him a bizarre, almost schizophrenic feel, designed to give the viewer the experience of encountering someone who wants to turn your world upside down, someone unlike you’ve never met before, a God-man.

Such a portrayal of Christ is discomforting to the modern/post-modern palate, whose predominant understanding of Jesus is one which reflects its ideal of an easy-going carefree guy, who “loves” in a non-judgmental way and who rather than take issue with things he disagrees with, resigns himself to relativity.  Pasolini will have nothing of this “Jesus.”  Instead, Pasolini’s Jesus lays down the law and tells you like it is and then leaves you to decide how you will take it.  This is made especially obvious in the way Christ is often seen making a statement and then immediately walking away before anyone responds.  It is in his portrayal of Christ where Pasolini stays most faithful to the gospel and thus makes his greatest contribution to our understanding of Christ.  Indeed, in a world that tends to see its ability to explain everything with science, Pasolini introduces us to a character who throws the “certainty” of our world into chaos by asking one question, “Who do you say that I am?”

Jesus emanates within this rendering-
where is he leading?
Not much planning
where and whether
each is drawn !