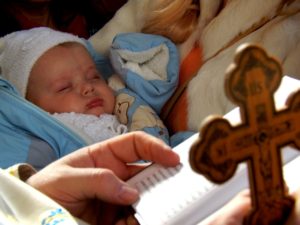 Preach the Gospel at all times, and if necessary, use words.  So goes the saying often attributed to the Italian saint, Francis of Assisi.  Implied, of course, within this famous quote, is the idea that we have the ability to preach the gospel with the whole of our lives.  In a similar vein, St. Paul exhorted the church at Colossae to ‘do everything, whether in word or in deed, in the name of the Lord Jesus’ (3:17).  This is part of our baptismal calling.  Baptized as priest, prophet and king, it is the work of a prophet to share the message he or she has received from the Spirit.  So if as Christians we are called to preach the gospel, what is it that we are supposed to say, and how does one preach without using words?

The message we are all called to share is based upon our very nature as human beings.  Recall that we have been created in the image of God (Genesis 1:27), and it is this image which gives us an irrevocable and immutable dignity.  Nothing and no one can take this from you, however, you can choose to live in a way that, in a sense, denies this.  For example, living a life of violence would be to live in a manner that is contrary to our nature.  This is because the image which we bear is that of a God who is a communion of self-emptying love.  As bearers of this image, we are meant to enter into this type of communion with God and others.  In short, we are created for love.  In fact, the Church goes so far as to say that this is where our inherent dignity comes from: “The dignity of man rests above all on the fact that he is called to communion with God” (Gaudium et spes 19, cf. CCC 27).  Thus, the whole of our life is based upon one thing, answering this call.

In its Dogmatic Constitution on the Church, Lumen Gentium, the Fathers of the Second Vatican Council taught what it termed the universal call to holiness.  Taking its basis in Paul’s First Letter to the Thessalonians (cf. 4:3), the Council wrote, “…everyone whether belonging to the hierarchy, or being cared for by it, is called to holiness” (39).  To say that we are called to holiness and to say that we are called to communion with God is to say the very same thing.  Remember, to be holy means to be whole.  As human persons, we can only be whole in communion with God, we can only be fully human in communion with God, and therein lies the problem.

Though created in the image of God, our first parents chose to turn away from their call to holiness by mistakenly believing that somehow they could be more apart from God.  With this, sin entered the world; we, as a family, experienced the fall.  And we experience the consequences of this fall every day.  Look around, see all the violence, the anger, the hatred running rampant throughout our world.  It is quite obvious that the holiness we are called to live is being refused by many.  In fact, refused by all to some degree or another, for we are all sinners.

But there is hope!  And this hope is the message you are called to share with the whole of your life.  That “when the fullness of time had come, God sent his Son…in order to redeem those who were under the law, so that we might receive adoption as children” (Galatians 4:5).  My friends, by the incarnation, death and resurrection of the Son of God you too have become children of God!  This is precisely why Paul ‘resolved to know nothing except Jesus Christ crucified’ when he was with the Christians in Corinth (cf. 2:2), because nothing else matters!

Our goal should be to imitate Paul in this, so that with all we do, we too relate the Good News of Jesus Christ.  In one of his weekly audiences held in November of 2014, Pope Francis touched on this very subject.  He said: “…it is precisely in living with love and offering one’s own Christian witness in everyday affairs that we are called to become saints.”  In short, every last aspect of your life is a means to help you increase in holiness.  And as you grow in holiness, as you grow closer to God, you teach the world something about God that only you can teach, for the relationship you share with God is completely unique.  Why?  Because in a way like no one else can, God loves you for you!  Your call…to share that love with the world!  Live that love!  Be the living sermon that you were created to be!