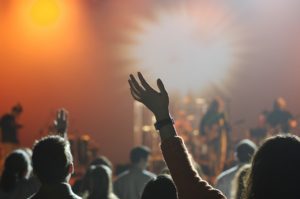 Many of us who were coming of age in the early 2000’s remember the alternative rock band from San Diego, Switchfoot.  Though having a definite underlying Christian message to share, the band was able to cross-over into the mainstream with hits like Meant to Live and Dare you to Move among others.  In a sort of divine irony, these songs (the first in particular), gained popularity despite having a message that is far different than what we would normally hear in rock or pop songs of our day.  They attempt to awaken us to the fact that, despite what the contemporary culture has to say about what makes for a happy and successful life, we were “meant to live for so much more,” but it seems that “we have lost ourselves.”  Over the course of his pontificate, Pope Francis has echoed this same sentiment.

The pope has spoken of a “human crisis” taking place in our world today saying: “it is the human person that is in crisis!  Man himself is in danger of being destroyed!” (Address at St. Peter’s Square, May 18, 2013).  Why does the pope speak in such dramatic terms when we seem to be progressing as a world?  Technology allows us to communicate as never before, enabling the building of a world community, science has developed medicines and medical treatments that extend our life-expectancy, and we seem to be gaining greater and greater control of the world around us and within us.  We could continue this list, building a stronger case for why it seems that the human community is growing in potential and productivity.  Yes, it seems that, as a family, we are fulfilling our God-given mandate to ‘subdue the earth and have dominion over it’ (cf. Genesis 1:28). Yet this talk of crisis, talk of the human person in danger of being destroyed, why?

Well, where to begin?  The list of warnings regarding contemporary culture that Pope Francis has put forth grows with every passing day.  He has often spoken of the fact that we live in a throwaway culture or a culture of waste that uses and then discards everything from food to human life itself when it is no longer of use,’ (Address to the Participants in the World Meeting of Popular Movements, October 28, 2014).  He has spoken of the imperialism of money, which treats workers as objects of use for the purposes of accumulating wealth, and then deprives them of that very same work when it is no longer cost-effective to employ them, saying “There is no worse material poverty…than the poverty which does not allow people to earn their bread, which deprives them of the dignity of work” (Ibid.).  He has spoken time and again of the increasing disparity in wealth between rich and poor individuals and nations, saying that today a type of financial tyranny has become more and more prevalent, leading to the submission of the poorer to the wealthier in many ways (Address to the New Non-resident Ambassadors to the Holy See, May 16, 2013).  He has spoken of our exploitation of creation, reminding us that “To destroy creation is to say to God ‘I don’t care’ (General Audience, May 21, 2014).  Now this is not to say that all our progress is for nothing, or that all the advancements we have made are evil in themselves, the point Francis is trying to make, like Switchfoot before him, is that “we were meant to live for so much more.”

In his first Apostolic Exhortation, Evangelii Gaudium, Pope Francis writes: “We become fully human when we become more than human, when we let God bring us beyond ourselves in order to attain the fullest truth of our being” (p. 8).  The fullest truth of our being? We are created in the image and likeness of God Himself (cf. Gen. 1:27), meant to live not for the ephemeral satisfactions that money, power and pleasure have to offer us, but to share the very life of God.  It is because of a desire that all may recognize this that he continually asks us to reflect upon the gospel message, reminding us that a ‘faith that is not lived out is useless’ (Morning Meditation in the Chapel in the Domus Sanctae Marthae, February 21, 2014).

As Francis shares the gospel he issues a dare to us, much like Switchfoot did for my generation.  A ‘dare to move,’ a dare to live life to the fullest, a dare to commit to living the Faith in its entirety; in short, a dare to become who we were created to be.  For it is the belief of Francis, along with heroes of old like Ignatius of Loyola and Catherine of Sienna, that if only lived in its entirety, the Christian message has the ability to lead us to find who we were created to be, enabling us to ‘set the world on fire.’  Switchfoot was right, the tension is here: “between who you are and who you could be, between how it is and how it should be.” You can live the life the world asks you to live and you will never have discovered who you were meant to be, and nothing will have changed for the better because you were here; or, you can live the faith that has been given to you, be who God made you to be and the world will never be the same!  So now, along with Francis, I echo Switchfoot, and dare you to move!